What an amazing Christmas we had this year!! We had good food, wonderful people surrounding us, wonderful traditions to be made and others continued, great games to be played and lots of loves and laughs. Here we are shopping for our Christmas tree [we went and got it early this year!! Unfortunately, because of our over eagerness to usher in the season, it wilted weeks before Christmas even came]: 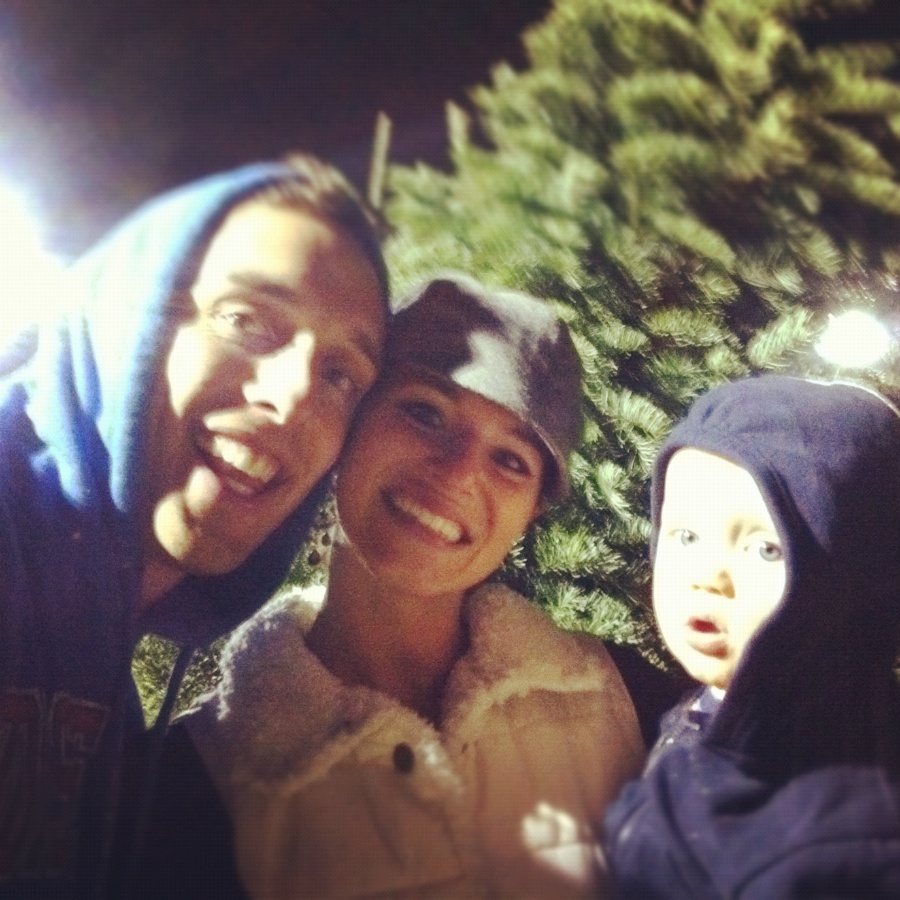 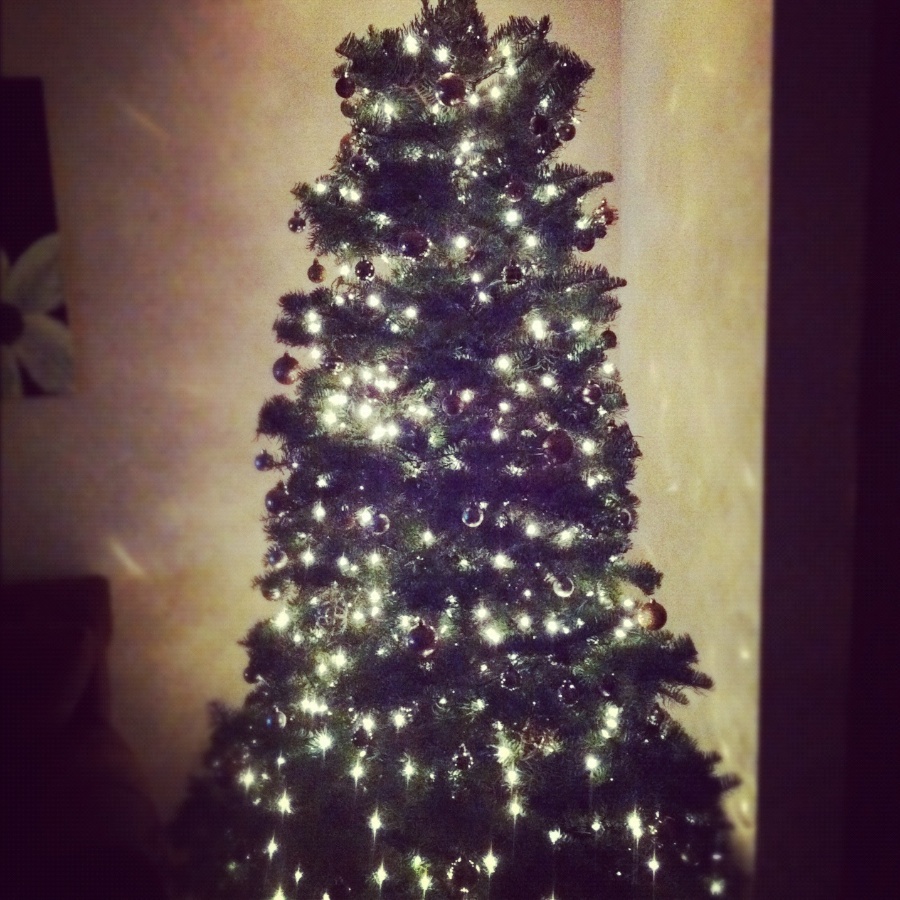 In Nate’s family, they have made it a tradition to read Luke 2, the Christmas Story and act it out. Mom & Dad Perkes had these beautiful costumes made for our pageant performance. Here are my boys during our dress rehearsal:

And then here they are transformed into a shepherd and his little lamb:

Here is our entire cast all gathered around Mary, Joseph and the manger. We had a choir of angels, shepherds and a lamb and three wise men bearing gifts. A beautiful little angel even gave our ‘precious infant’ a kiss. We sang carols and there was such a joyous and festive spirit to our gathering.

After that, we had what we call our ‘Jerusalem Dinner’. It is an assortment of foods that would probably have been served during Christ’s life (i.e. crackers and cheeses, dried fruits, grapes, nuts, ‘unleavened bread’, olives, etc.):

Merry Christmas morning, Jace!!! Here he is in his pajamas that he got the night before.

Opening presents from our family back in Boston…. I hope to someday get him to wear this adorable scarf!!

One of his first tastes of candy and his very first Candy Cane!!

By far, his favorite gift that he received was a helicopter with 4 balls. Ever since, he ALWAYS has to have a ball in each hand. He loves to play catch or fetch…. whichever, and he throws a BIG fit if one of his balls gets stuck underneath the couch or beside the fridge.

His Grandpa Perkes has been calling Jace ‘our little Viking’, because he is just SO sturdy and solid, and blonde haired, blue eyed little boy. He got this ADORABLE little Viking hat which goes SO perfectly with his persona. A couple pictures above, Jace is shown in a traditional green Peruvian sweater which clearly needs to be worn on St. Patty’s Day. He is just a  MELTING POT of ethnicity!! We’ve got a Scottish Viking, a Peruvian Leprechaun, and an Italian, English, Dutch, Hispanic mix.

I had to try something new this year. At my house we make pizzelles, which are an Italian/Sicilian pastry that is a very thin cookie made in a machine like a waffle maker. You can eat them flat with a sprinkling of powdered sugar [they look like snowflakes!!] OR… you can curl them while they are still warm and let them harden to be stuffed and fashioned into a CANNOLLI!!! We did a little bit of both. We had fun making different fillings and experimenting with decorations and varieties. We even had a resident expert. Max, Nate’s little brother, returned from his mission to Milan, Italy almost a year ago. It was my first time, so I have a lot to learn, but I can’t wait to try them again!!!

For New Years, again we were with family. We made ‘arepas’ which are an El Salvadorian dish that was just TO DIE FOR!! That might have been another tradition in the making, because they were just SO, SO good. Here is Jace… still awake at midnight. He wasn’t a big fan AT ALL of all the loud noises and hoopla, but he’ll get used to it, I suppose. When I was a kid, we were banging on pots and pans as hard as we could. Haha!! What an amazing year we have had!! We are SO excited for 2012 and all the new and exciting adventures that await us. Happy Holidays everyone and here’s to a wonderful new year to come!!!

yahoo - Hey, you used to write magnificent, but the last few posts have been kinda boring?I miss your tremendous writings. Past several posts are just a little bit out of track! come on!

googleblog - Some truly quality articles on this web site , saved to my bookmarks .

Fatma - Hey Bart, Thanks very much for the good words. I appreciate it. It would be about 275 for a seat like that. I built the foam from scrtach so I can style yours any way you like. Are you in the twin cities? Stop by the shop or if you are out of town throw the pan in a box and send it off. If you do I’ll give you my home address. Thanks Bart.Nate