Posted in Uncategorized
Millions of Americans suffer from a condition known as sleep debt, the effect of not getting enough rest. Prolonged debt causes mental, emotional and physical fatigue. It is unclear why a lack of sleep causes irritability, however, theories are emerging that suggest if the body produces insufficient hormones during deep sleep it can have negative effects on the alertness and emotions of a person during the day. 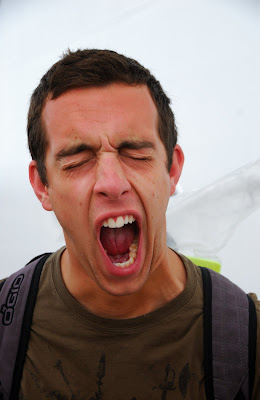 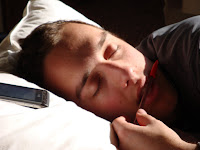 But I think THESE pictures would explain… 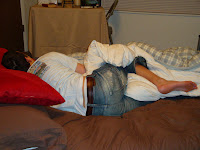 …why I am married to the happiest, most even-tempered, good natured and cheerful guy around!!!

[On the downside: a man of sixty has spent twenty years in bed (WOAH!!) and over three years eating].

« Boise the Beautiful!! Quote of the Day »

Ken & Jen - Luisa: You are a wonder at documenting–and writing about–the nuances that make up our lives. I love visiting your blog! And you have definitely captured a side of Nate that those who know him all love.

You two are the cooliest!

Anonymous - How delightful. It is interesting…when Nathan was a little boy, he wouldn’t go to sleep until everyone in the house was in bed. He was afraid that some fun “action” would be happening that he might miss. Nate has the philosophy that you play hard, work hard and sleep hard. Thanks for sharing!!
Hugs and loves – Mom

Emma and John - It is so good to catch up with you guys- I felt like I haven’t seen you in forever Nate! I loved looking at all of your pictures and seeing what you are up to. I am seriously going to enlist Nate to take our family pictures sometime. Luisa I think the last time we talked was on BYU campus one day…seems like forever ago, doesn’t it? You look great and so happy!
I know moving can be a hassle- I hope all is going well for you guys. I’ll definitely be keeping up with your blog. You write so well, Luisa!

Mike and Ariane - Glad you made it…fun post!
We got to hook you up with Mike’s brother’s family, they live in Eagle!