Posted in Uncategorized
My ‘abuelita’ [darling Grandmother] would be so proud. Last night, to Nate’s amazement, I cooked my first authentic Hispanic meal. To any of you who have seen the ‘Job Switch’ episode of ‘I LOVE LUCY!’ you would understand my feeble attempts to copy my mother’s and grandmother’s skill with Latin cuisine. Ricky doesn’t do too well with his ‘Arroz con Pollo’ [chicken with rice], claiming he’s ‘SEEN’ it done a million times. 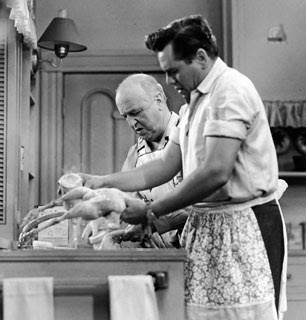 I had better luck!! 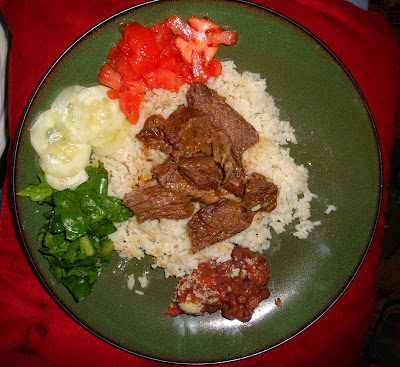 Having had Latin influence from many different countries, our meal was very diverse. ‘Carne al Jugo’ was my favorite Chilean dish that I encountered on my mission, though most Hispanic countries have something similar. It’s title says it all. Literally translated: Meat to the Juice. It is marinated, slow-roasted meat, served over rice, salads on the side. This happens to be my father’s favorite meal, being from Costa Rica. Few Latin countries use salad dressing, and instead season their fresh vegetables with lemon and salt. From my fathers family, I learned a special technique for making ‘Frijoles’- refried beans. You saute onions, red peppers and tomatoes and add that to your beans. It gives it tons of flavor!

« Planting a Garden, Starts in your Pantry… Dinner Entertainment »

Bernny Vargas M. - The food has a good aspect… but… i would like to see something more latin American… as a “Gallo Pinto” … I expect a photo. …

While Mom was in Boise, I cooked the last frozen tamale that we made together at Christmas time. I savored every bite!

P.S. One of my top three favorite Lucy episodes!