Posted in Uncategorized
… as my big brother so affectionately calls me. The past 9 months have been the epitome of crazed reading for me. I have read 3 of the 9 books from the series The Chronicles of Narnia [having previously finished the first 7], 8 books for my Book Club, the trilogy The Uglies… and lately I’ve had a fixation with The Classics: The Picture of Dorian Gray, The Hunchback of Notre Dame, and Frankenstein.
But thanks to my Dad, I was introduced to one of the best books I’ve read in a LONG time: Dan Brown’s new novel THE LOST SYMBOL. 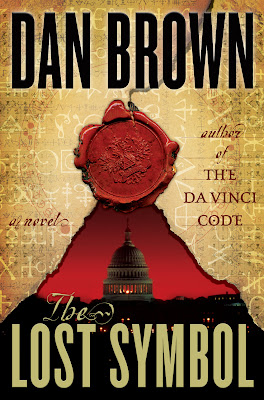 Aside from being a fascinating, suspense thriller, the story was riddled with theological and alchemical quotes and theories. The books main character, Robert Langdon, happens to be an agnostic/quasi-atheist. One line he delivers that I feel captivates his attitude is: “The Bible is all about the God above you and man as a powerless sinner.” While this may have been his opinion in the beginning of the novel, he passes through a spiritual journey that in the end converts him to at least a seedling of faith in a ‘higher power’ and our eternal and divine relation to ‘it’, whichever form ‘it’ may take.
Aside from Langdon and his realist views that set the tone of the book, the message of divinity and eternal progression was the main theme of the story. How refreshing to find a non-LDS main-stream novel laced with the eternal truths of the Restoration! It spoke of us as children of God and as potential Gods ourselves, yet still in our embryonic form. Two of my favorite quotes that I found in this story are: “Abandon the search for God… instead, take yourself as the starting place” and “a wise man once told me the only difference between you and God is that you have forgotten you are divine.”
Although not perfect, the story rang with truth and made me think ‘if there is anything… of good report, we seek after these things.’
I’m just finishing the original Phantom of the Opera, which, I might add, is COMPLETELY different from the story line of the Broadway Musical… 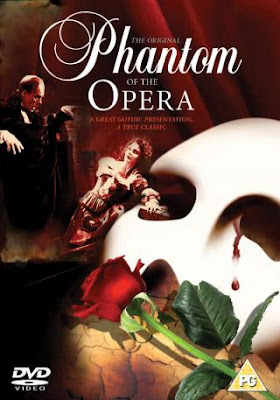 Coming up next on my Reading To-Do List: The Count of Monte Cristo, Dracula, Sherlock Holmes, Artemis Fowl, Jane Eyre, My Sisters Keeper and Eragon. Can’t Wait!
Anyone else read anything good lately?

Alexander - bobyyyyy i love you sooo much you beautiful woman!!!! hey i discovered this awesome series written by steve berry, its the cotton malone series and it is awesome… i started sort of in the middle of the series but you can start wherever right now im reading the charlamagne pursuit .. well actually im listening to it on CD but i started with the venetian betrayal but they are such good books. the auther incorporates myth, real history, and all this cool stuff into these action thrillers…

Meredith - Hey, don't forget Three Musketeers by Alexander Dumas. It is a wonderful classic. Actually, I have a lot of suggestions. Call me and I can email you the list. I love a good book!!

Shannon - I know. I was so disappointed when I read Phantom and found out that the production was not even close to accurate. They each have their merit though. What did you end up picking for your choices for book club? You have an extensive list here, I keep one in my phone for when I'm at the library. haha. Love you

The Irons - have i told you lately that you are my HERO!! seriously!! look at you you're beautiful! you're such an inspiration!! LOVE YOU FOREVER!! oh and I LOVE the main picture of you guys. you look SO happy and i love it! miss you:)

german&jenny - I absolutly LOVE the Langdon books! They are some of my favorites!! Im so glad that you found them…I still havent had time to read the Lost Symbol one but it is definitly my next book the read!

Ken and Jen Perkes - Luisa: Reading The Symbol with you at the cabin–stealing the book, back and forth–is definitely one of my fun memories from our trip. I still think about it and agree with you on its value: it is always fun to see our basic beliefs placed into a story as "mysterious and ancient truths that have been lost."

FOUND! RESTORED! Maybe we should start working on the sequel! : -)

Emily - I LOVED My Sister's Keeper. Her books make you think afterwards. Quite a heart wrenching story though. You have a number of books on here that I might have to go look up. What is the trilogy The Uglies?? Love your blog! You look so happy!!