‘A Library is a Hospital for the Mind…’ 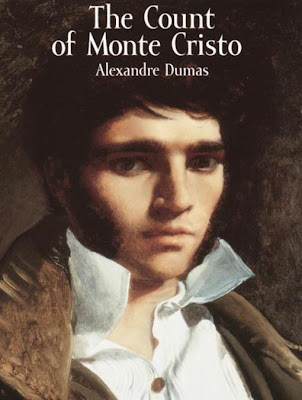 My hubby knows that something BIG is going on when he hears me say: “Baby, I think that was the BEST book I’ve EVER read.” It would be a lie to say that I have never said that before, nor do I foolishly believe that I will never say it again.

Having seen and loved the movie The Count of Monte Cristo, with the dreamboat James Caviezel, I went into this book fully expecting to love it, while still hoping to experience something new, knowing that the book was entirely different than that portrayed on the screen. As in the movie, our protagonist, the dashing Edmond Dantes, meets his tragedy at the hands of Fernand, the jealous lover; Danglars, the spiteful coworker; Caderousse, the coveting neighbor; and Villefort, the ambitious lawyer. That IS, however, where the similarities end.

It was fascinating to watch the plot of this story unfold with SO many twists and subplots, suspense and surprises. EVERYONE, everywhere was somehow connected to the Count as he manipulated all of Paris to facilitate his complicated revenge.

When tragedy, inflicted in the name of justice, had caused immense suffering for the innocent ALONG WITH the guilty, Edmond finally desists. After inflicting this so called ‘justice’ on those who had depraved him of his every happiness, Edmond sadly laments: ”Pray for a man who, like Satan, believed for one moment he was the equal of God, but who now acknowledges in all Christian humility that in God alone is supreme power and infinite wisdom.’ 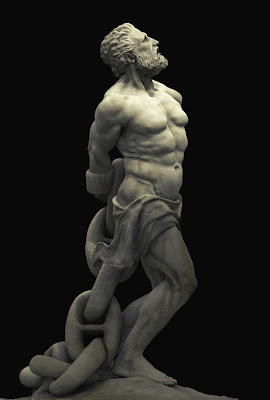 Dantes, like Frankenstein, who was dubbed the ‘Modern Prometheus’, yielded to his irresponsible curiosities and yearnings to transcend the limits of human life which led them both to the disaster that WAS their lives. Before reading the novel Frankenstein, I never knew that ‘Frankenstein’ was the name of ‘the Creator’ and that the being he created in likeness of the human form never received a name. This self-titled ‘Creator’ ACTUALLY had the audacity to state: “I became obsessed with the power I had developed to instill the spark of life into my creation.” The actual Prometheus, in Greek mythology, defied the Titans and gave fire, ‘light and knowledge’, to human kind. As a punishment, he was chained to a boulder and daily, an eagle would come and eat his liver, which would grow back that night. It seems humankind has an innate urge to take matters into our own hands, defying the only Being who actually posseses an omniscience that puts our own intellect to shame. The last words of Dantes at the end of the novel was: ‘Never forget that, until the day comes when God will deign to reveal the future to man, all human wisdom is contained in these words: wait and hope.’

“It takes a long time for eyes that are swollen with weeping to see clearly,’ and I believe that anyone in this life can attest to this truth uttered by Dantes; no one is foreign to suffering. Had he not endured such despair, I know that the havoc he wrought through vengence would not have come to pass, nor would he be a man of such depth and compassion or capable of such goodness at the same time. As he said, we must ‘wait and hope’ or in religious terms: Have faith and trust that Justice and Mercy will come from Our Father who ‘knoweth all things’ and will ‘exalt those who wait for Him.’

Ken and Jen Perkes - You and Mom impress me so much with your thirst for good books. I am also impressed with your ambition: not only do you not shy away from difficult classics, but you welcome them, devour them . . . and understand them! You are an enlightened mind. And as expressed so beautifully by Elder Uchtdorf, books are your current university!