Just down the road from us is a petting zoo/pumpkin patch/berry farm all in one! Coincidentally, it is actually called ‘The Berry Farm”. Who’da thought? Nate and I are fiends for fresh berries and they are quite expensive at the store. So Nate and I decided we were going to go get some of our own! As a child, I specifically remember picking blueberries at a farm in Vermont, and it was heavenly! We had blueberry pancakes nearly every single day for breakfast for weeks after that adventure. Our first attempt was not a success because we came right before they closed, but we had better luck the second time. At this farm, currently the raspberries and the black berries were in season, so we strapped Jace into his ‘off-roading’ stroller and headed out into the wild. And the wild it was… the rows weren’t groomed very well, and there were BEES EVERYWHERE. I did deep breathing exercises to keep from grabbing my baby and running for safety from the swarms. I did well. We took Jace around to see the cows and the sheep, and he was pretty fascinated… but I could have sworn that that bull was going to charge us! When we got home this evening, we made cream cheese and raspberry crepes. They were DIVINE!!! 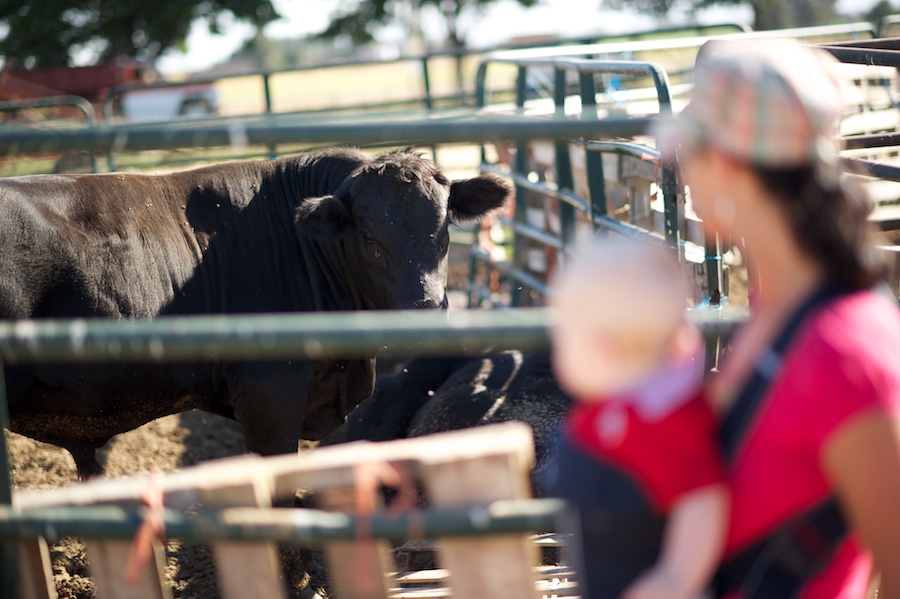 I know that it looks like we got ‘slim pickin’s ‘ but it was HARD work, and just enough for us! We had so much!! Can’t wait to do it again next year, and maybe do strawberries for jam!